BECAUSE IT CAN BE CONSTRUCTED RELATIVELY SWIFTLY AND SEAMLESSLY, OUR GABIONS ARE POPULAR SOLUTIONS FOR EFFECTIVELY ACHIEVING SLOPE STABILITY AND RETAINING SOIL OR WATER - WHEN TIME IS OF THE ESSENCE.

Gabions are perhaps best described as welded and/or woven ‘baskets’ or ‘cages’ filled with strengthening materials such as sand, soil or stones. Sometimes live rooted branches are also placed between them for additional reinforcement and aesthetic value.

Gabions are generally constructed on sloped soil areas next to built environments, roads or other civil engineering works such as embankments and toe walls, for the purposes of stabilising the sloped soil, improving its water permeability and preventing it from eroding or encroaching onto the built structures.

In addition, they can be used as noise barrier, temporary flood walls, to prevent corrosion on riverbanks, or next to reservoirs, and dams. Because gabions are both functional and aesthetical, they are often also used for landscaping.

Some of the other advantages of using gabions as soil or water retaining structures, include increased speed of construction, ease of handling and transportation and flexibility and tolerance for movement. Click on ‘our projects’ below to view case studies of some of the gabions constructed by EIS. 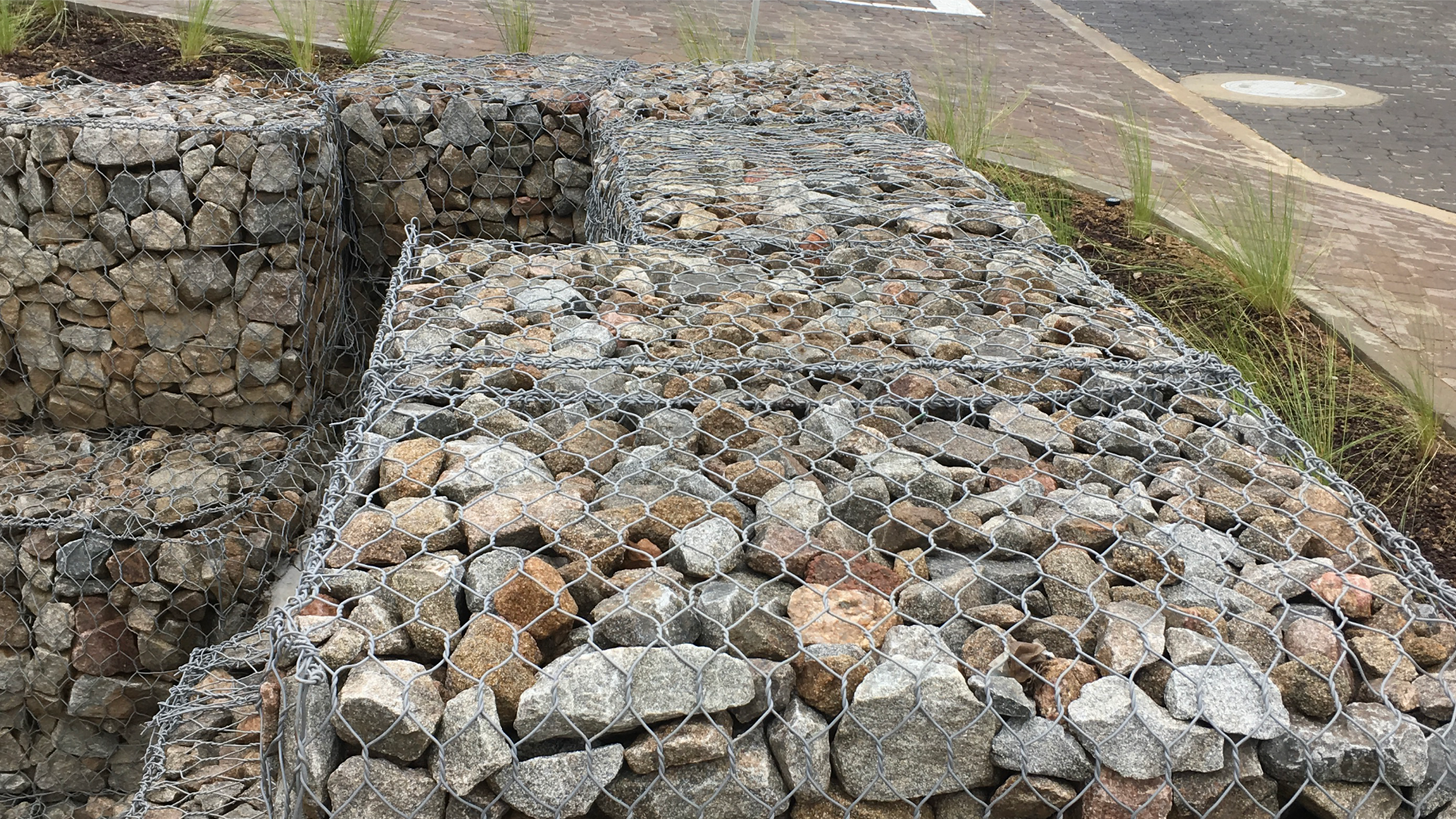 Gabion baskets consist of net wire mesh that is fabricated in various-sized box shapes. They are typically used next to highway roads and in railway works - and are a cost-effective option when the filling material can be sourced from the project site or quarries nearby.

Wire mesh gabions are mostly used in combination with geogrid reinforcement to maintain the stability of sloped soil areas next to highway roads and railways, prevent erosion and keep rocks and stones from falling down.

Gabion sacks are permeable, flexible structures. Because they can be constructed swiftly, they are typically utilised for emergencies in hydraulic works such as for instant protection against water erosion on riverbanks - or for scour protection of bridge piers. 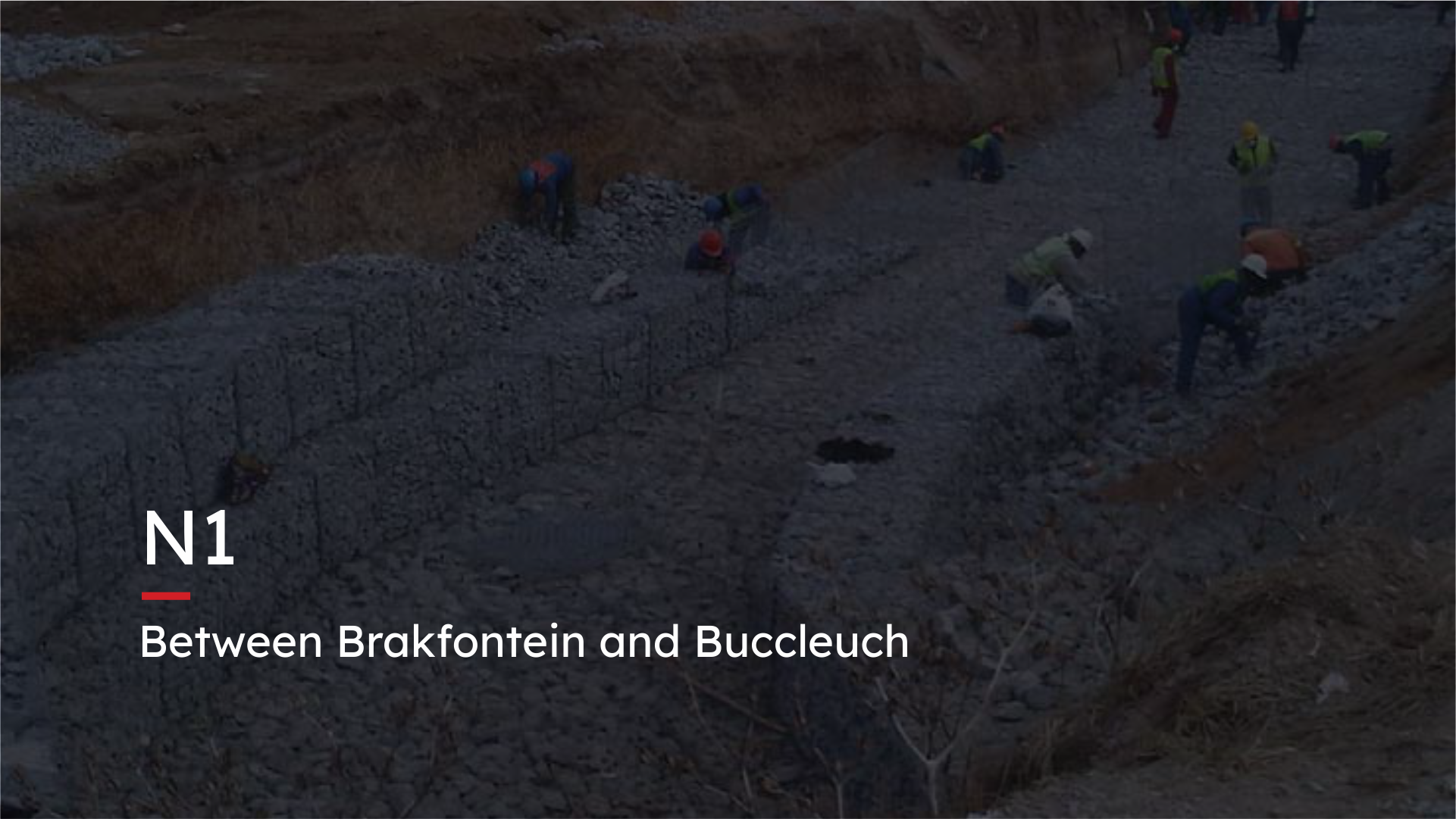